A Tale of Three Cubs 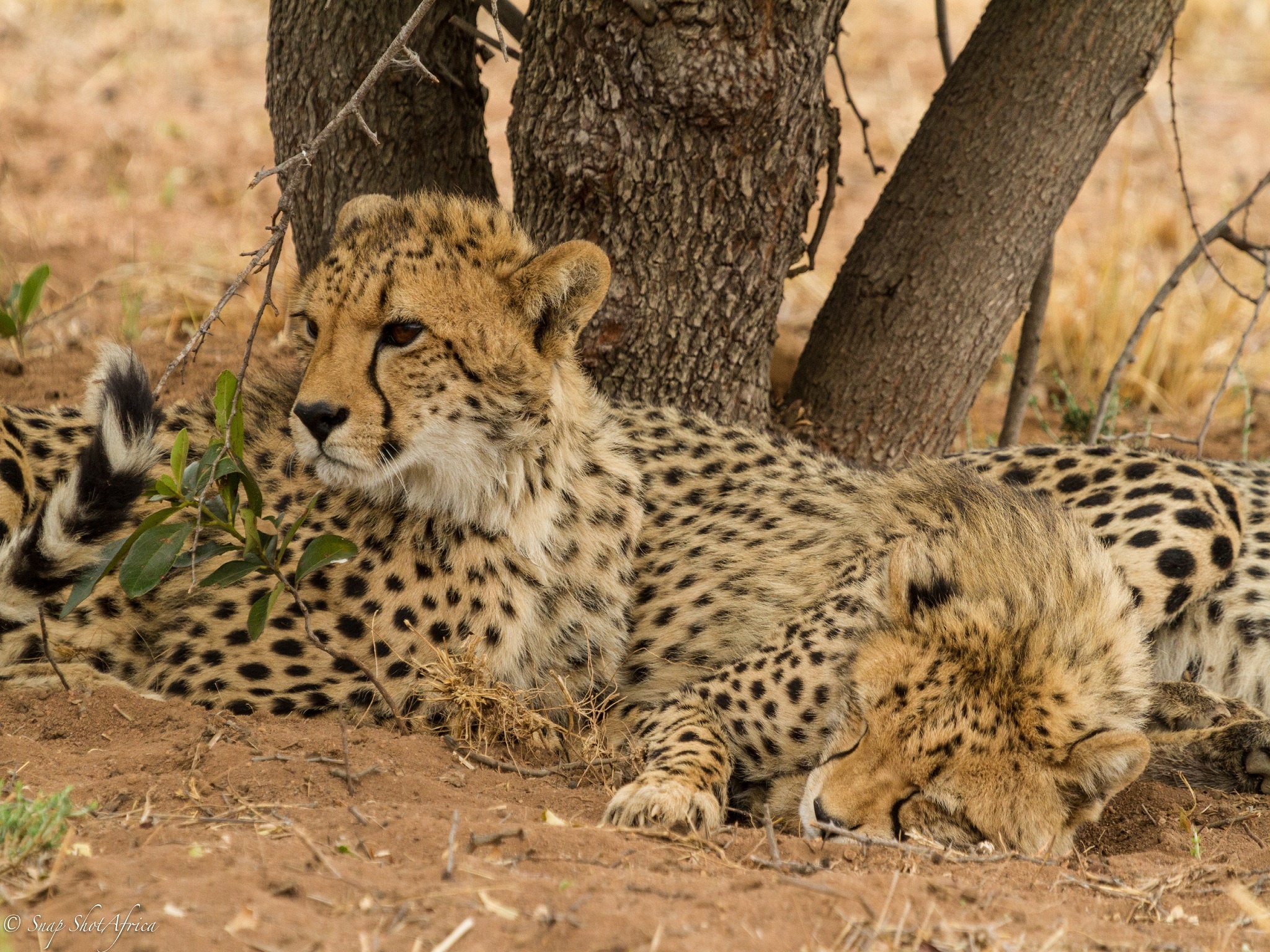 The reserve’s family of cheetah are well known to regular guests of the lodge. These magnificent, graceful predators are difficult to forget once seen in their natural surroundings, and the thrill of seeing them on the hunt has few equals when out on a game drive. Thus, we greeted the new arrival of three healthy cubs early in 2018 with much hope.

Initial signs were positive as the matriarch cheetah began instructing her young in the art of hunting for a living. However, life in the wild is always unpredictable.

It was with great trepidation that we noticed the by-then eight-month old cubs alone, and without their mother late in 2018.

Cheetah young learn most of their critical life skills from their parents, and are usually only able to execute solo hunts at around 18 months of age. For such novice hunters to be without the protection of their mother was worrying, and it boded ill for their future and survival in the reserve. Although they are predators, young cheetah are particularly vulnerable to predation from other big cats and scavenger species. And apart from playing the role of mentor, the cubs’ mother had also acted as their guardian against such threats.

Unfortunately, reserve staff found that the mother had indeed died, of causes yet unknown. Due to the critical nature of the problem and the fact that cheetah are a listed vulnerable species, the reserve decided to intervene. For a start, one of the cubs was collared with a GPS tracker to allow conservationists to keep an eye on their movements. Additional feeding was also provided to tide the youngsters over while they now had to learn to hunt all on their own. The next few months were going to be critical and the mutual concern of all the guests, conservationists and lodge owners was certainly palpable throughout this time.

And then: Triumph! Nedile Lodge’s own, John Nott, spotted the three cubs chasing wildebeest on the 31st of December. Although unsuccessful, John’s experienced eye noted that their hunting prowess had improved significantly. Two days later, the cubs were spotted with their first kill: a young impala. The three cubs had become hunters, just like their mother would have wanted!

Two of the cubs, were selected by the Endangered Wildlife Trust (EWT) to re-establish a cheetah population on Mejete Wildlife Reserve, the only Big-Five reserve in Malawi. They were successfully relocated in September 2019. One female cub were kept at Welgevonden Game Reserve to carry on the lineage within the reserve.

The three cubs have provided hope that orphaned cheetahs can survive with a little intervention from humankind.

We’re looking forward to following the three’s progress as they mature and hope that you will also soon be able to join us to be part of this magnificent journey.